Municipalities that adopt culture as an industry have gained positive economic benefits for their communities.

Numbers released this spring by Statistics Canada indicate that the direct economic impact of culture industries was $58.9 billion in Canada in 2017.  That’s $1,611 per capita, or 2.8% of national GDP!

According to StatsCan data, the culture industries also have 8x more economic impact than what is provided by sports.  StatsCan says the direct economic impact of sports industries was $7.3 billion in 2017, compared to nearly $59 billion for culture.

The number of jobs in the culture industries, according to StatsCan, is also almost 6x larger than in the sports industries – 716,400 compared to 125,500.

Some key contributors to the GDP of culture products include:

Culture GDP in Canada increased 1.8% to $53.1 billion in 2017. During the same period, economy-wide GDP increased 5.7%. As a proportion of Canada’s overall GDP, culture accounted for 2.7%. Culture GDP rose in eight of nine domains, including sound recording (+7.2%), audio-visual and interactive media (+2.4%) and visual and applied arts (+1.7%). Written and published works (-1.9%) reported the sole decrease, as all but one of its sub-domains declined in 2017. 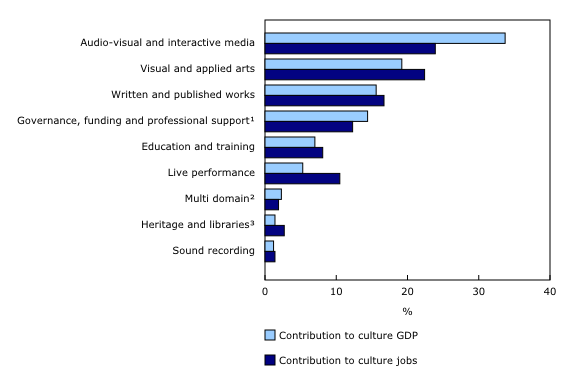 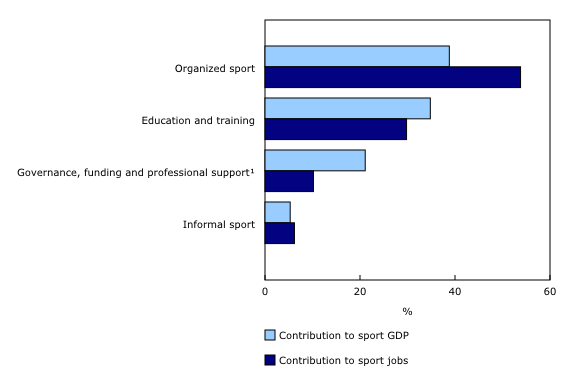 Hill Strategies: Estimates of the Direct Economic Impact of Culture in Canada in 2017

Culture as an Economic Driver [PDF]

Conference Board of Canada